In 1973 our family started a small engineering company called Speedy Sheet Metal Ltd, although our parents have now retired, they are still around to give help and advice and the business is still family run but it has had to adapt to keep afloat in these uncertain times.

In the summer of 2005 a gentleman who later became a very good customer walked into our factory and asked if we could make a mount for a 'gympy'. I had no idea what he was talking about so he produced a real mount and said he just wanted a simple version without all the fancy bits. He came and collected it about a week later but returned the next day asking for a small alteration as the Gympy did not quite fit.

He then pulled something wrapped in a blanket out of his car and revealed a frighteningly large firearm. “That's a Gympy” he said. When I took hold of it I was shocked as it was light as a feather and I realised it was made of wood. When I asked why it was wooden he replied 'it looks the part but it is very fragile and you have had it if it rains'. I asked why he did not get one made of steel and he told me that although you could buy cast aluminium ones they were not great quality and he had not been able to find anything better.

"I reckon we could make one" I said and after much research and development our first batch of Replica GPMG's were made and Cross Fire was born.

Soon to follow was our replica Browning .50 cal which has proved to be our most popular replica by far. All of our replicas are full size.

Because we manufacture our replica's in house, we have been able to make our products suit some of our customers special requirements including their own conversions for gas firing, airsoft, paintball and laser.

We are very proud of the fact we supply our replicas to the British Army, many international defence contractors, museums, film, television and of course re enactors.

Through strengthening sales we have been able to increase our range and aim to continue offering new products.

Thanks to all our customers and all your kind and inspiring comments !! 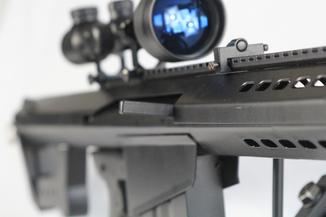 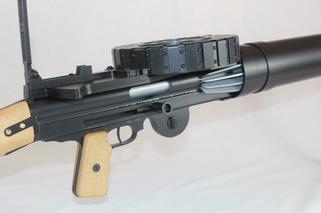 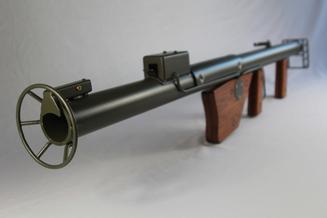